Round 3 of qualification is now over and Ronald and Steffen keep on top of the time sheets.

In stock class, best start was for Manuel Wagner who was leading the field. After having changed his tyre treatment, his car was really fast in the opening laps, but was too hard too drive at the end of the run and he had to take 3rd spot of the round. 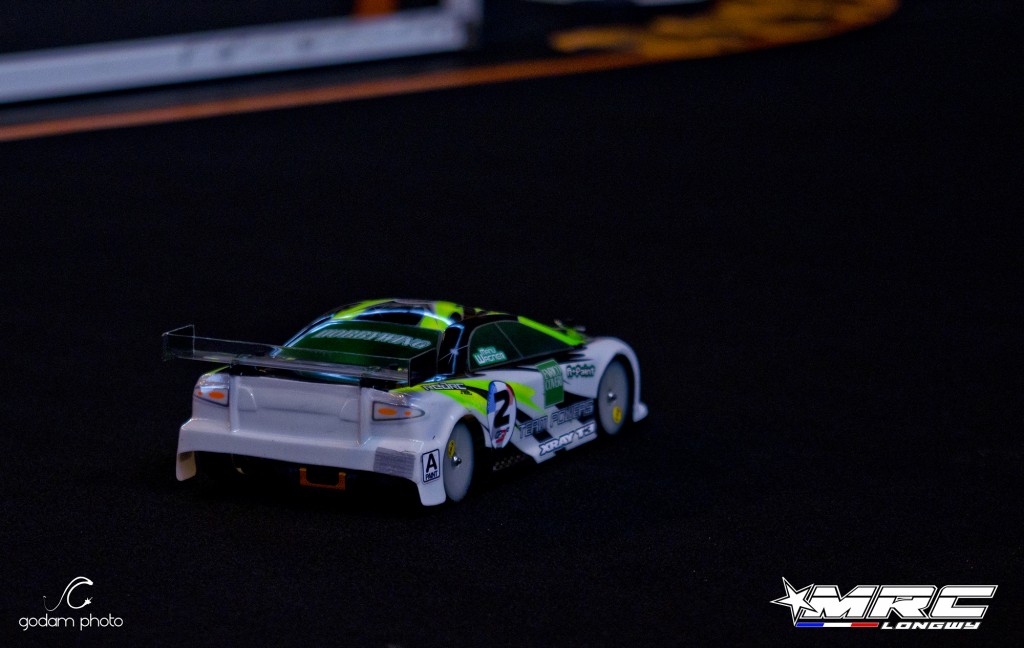 Again it was Steffen who finished on top with a clean run with no mistake. The LRP driver is using a HB TCXX with the optional chassis plate and yokomo steering block, giving to him a less aggressive car around the corners. 2nd of the round was Joe who changed his tyres treatment for this round. Thinking that the track was a bit slower, he was happy to maintain his pace and hope to fight for the TQ on last round of the day.

In modified, it was another TQ run for Ronald but this time was quite harder than previously, finishing with only 0.7s in front of Marc Fisher. Ronald will try softer front springs next round. 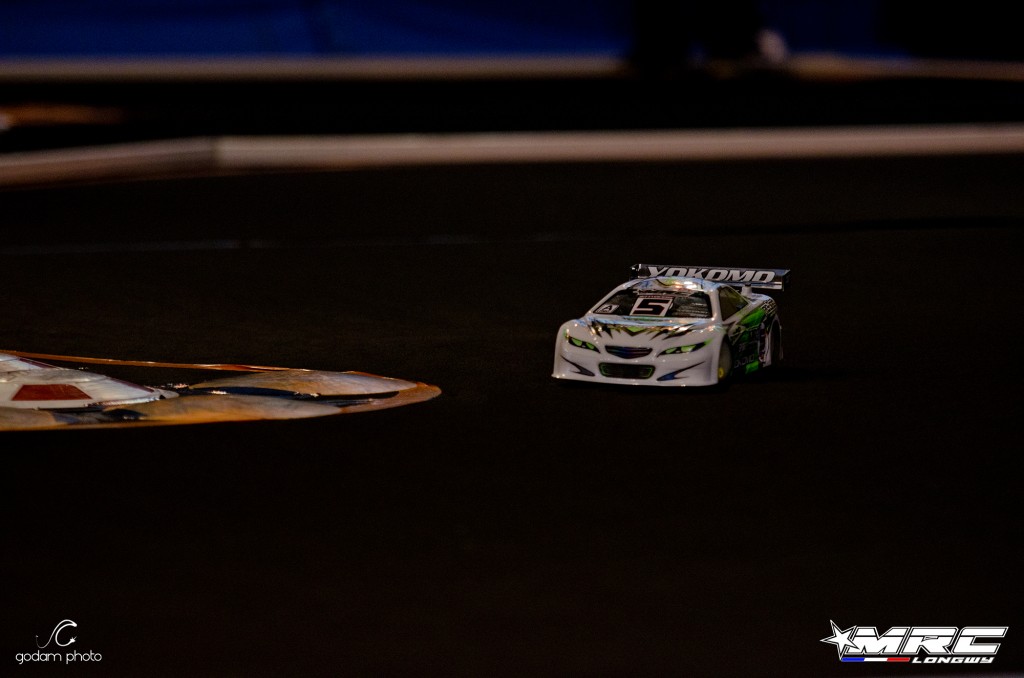 2nd of the round, Marc Fisher was really happy with his pace, having started his run with no warmup. Softer front springs gave him a better feeling with his car. Third of the round was David Erhbar, who finally put a faultless run to give him a large smile. Running for the first time some new testing parts (new shocks and shock tower, new servo holder) with Marc on their Team Serpent S411, the team is quite happy with the results.

Round 2 of qualification is over and race to the TQ spot is still open in both categories.

In stock, Steffen answered to Joe taking the round in front of Manuel Wagner. Changing his gearing from 5.2 to 5.4, he didn’t like the feeling of his power package so he will revert to his previous setting. 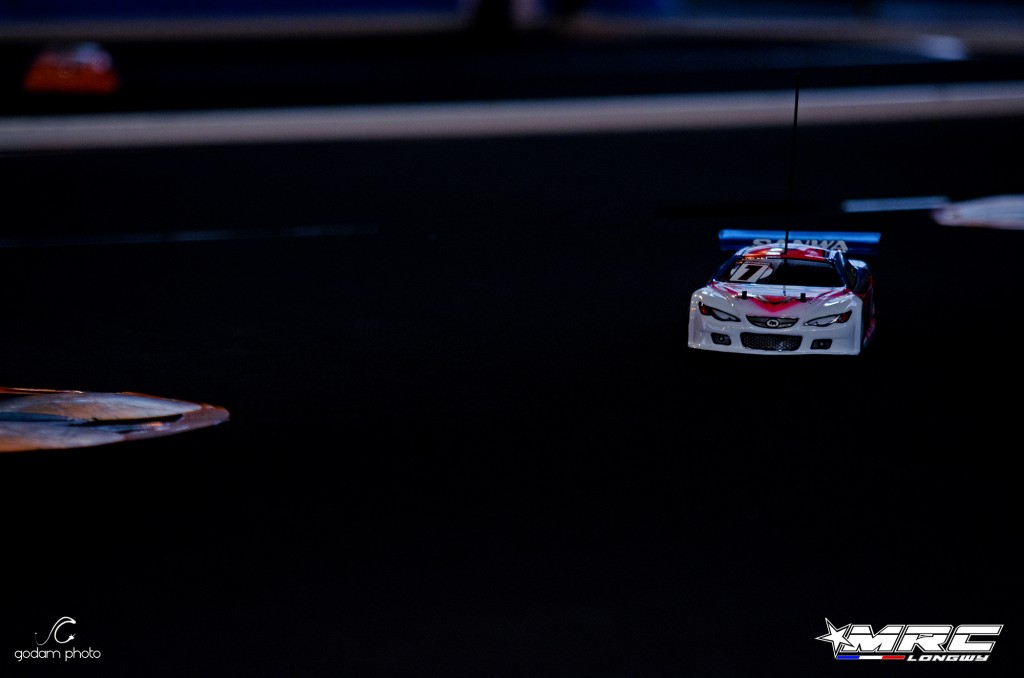 Manuel Wagner took 2nd place of the round after a nice battle with Steffen. He made a small mistake in the last corner of the last lap trying to catch TQ honours for the round. After a change of tyres treatment duration, he feels very confident with the car and said he drove better than during the 1st round. 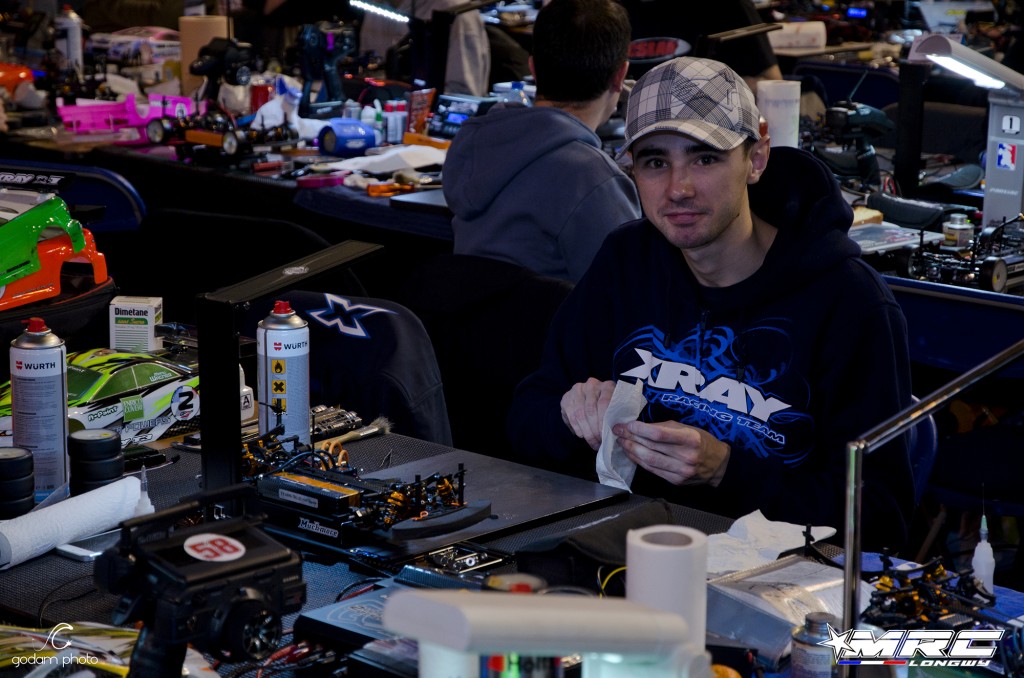 Taking the 3rd sport of this round after his very good opening qualifier, Joe said that he didn’t match the pace of Steffen and Manuel during this round but he will change tyres treatment for next round and hope it will allow him to keep in the fight for the overall TQ.

In modified, Ronal took another convincing TQ after another faltless run. Having changed shock oil and piston for this run, he did not find the car really better. He didn’t made any warmup lap to get the most traction during the opening laps, allowing him to improve his best lap to 11.79s. 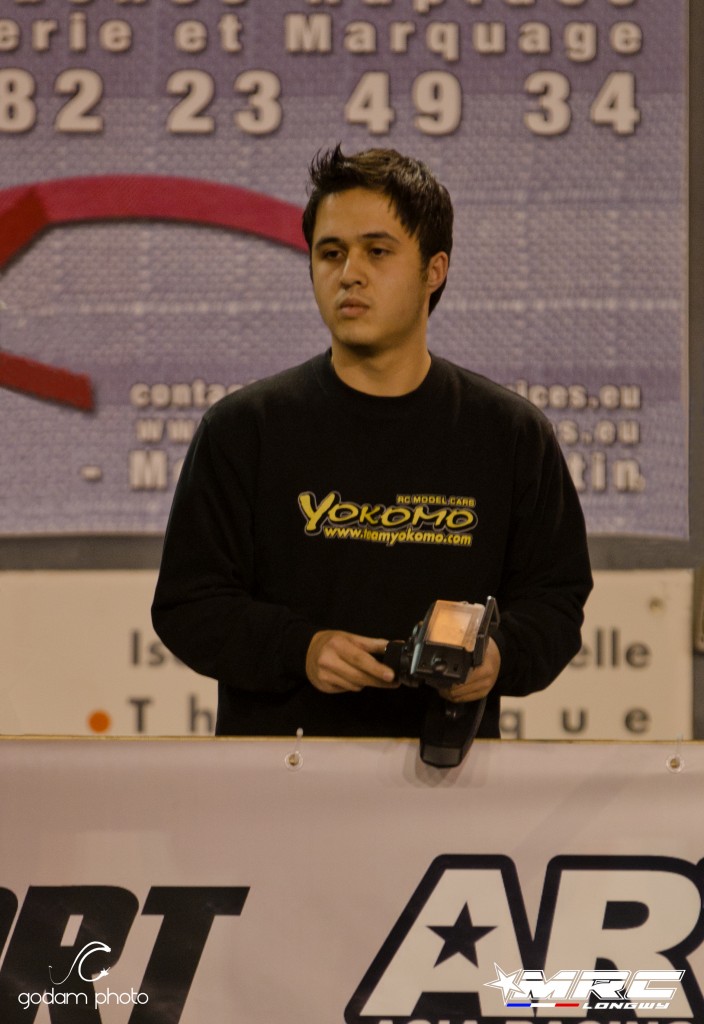 Taking the 2nd spot of the round, Marc Fisher was quite happy with his run. Having changed a broken driveshaft on the front and his steering block, he feels quite better with the steering of the car. He now plan to make no warmup lap for next round to get the most traction out of his S411.

3rd of the round, French champion Loïc Jasmin said being 3rd was quite a holdup as his team mate Lucas Urbain made a mistake on the last laps allowing him to pass. Switching back to his practice setup, he told that the car was easier to drive but he needed to find steering to improve his pace. 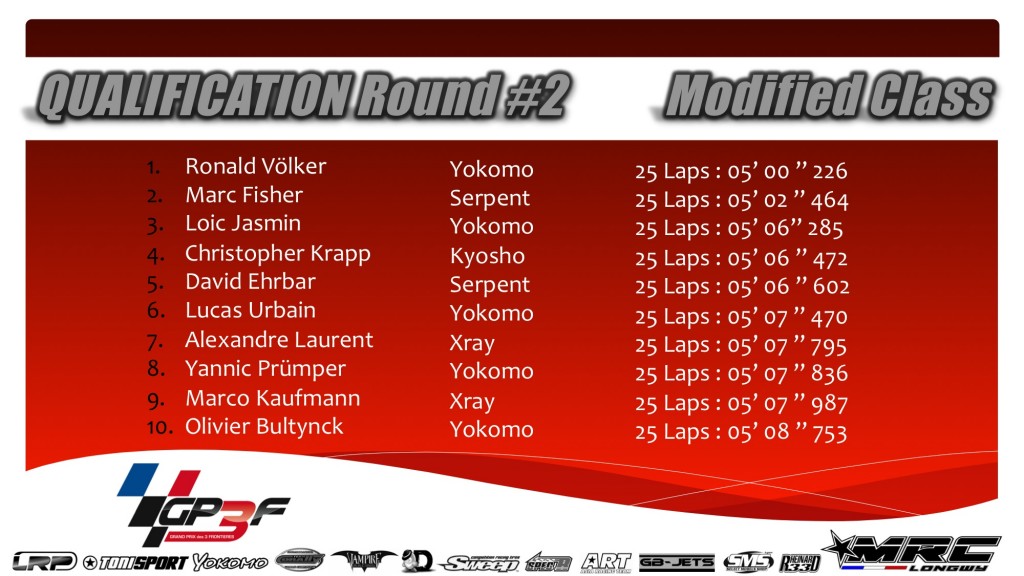 Back to back champions took Q1 at GP3F

Round 1 of qualification has just given some first answers, and our back to back champions proved to be right taking the 1st spots of this round. 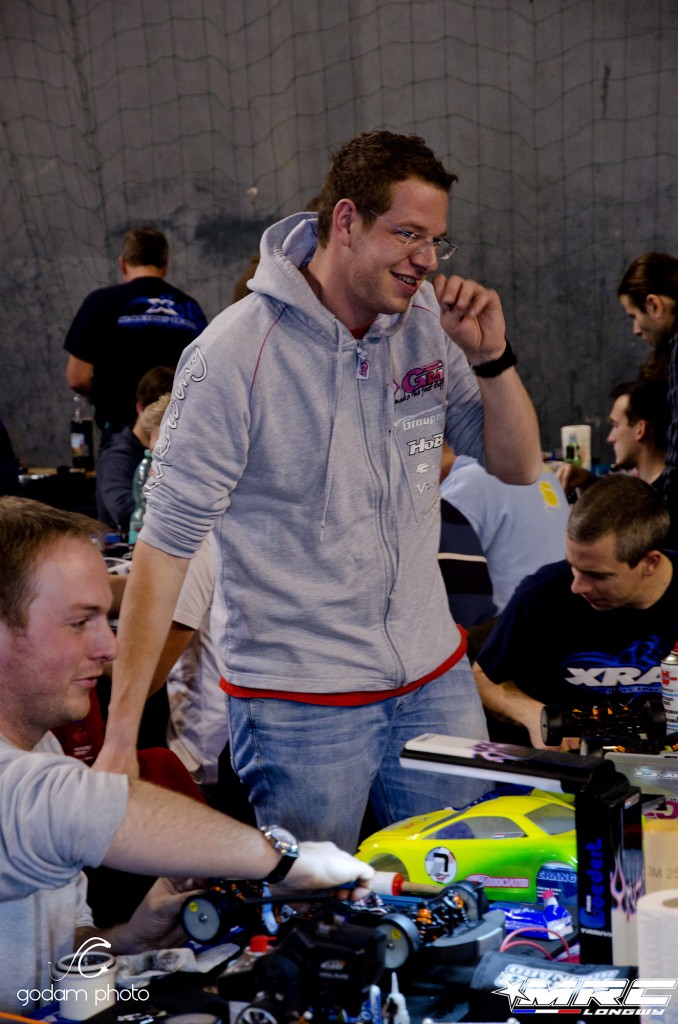 In stock class, it was a really close battle between Joe Streff and Steffen Leinburger. Steffen quickly opened a gap of 2 seconds during the first minutes of the run but Joe Streff answered improving his pace to finish 0.2s in front of Steffen. Joe was quite happy with his run saying that at the beginning he followed the rhythm of Manuel Wagner in front of him, and then, he was able to pass him and close the gap over Stephen on the end of the run. Keeping his car with the same setup since last practice, he managed to get all from his package for a very good run. 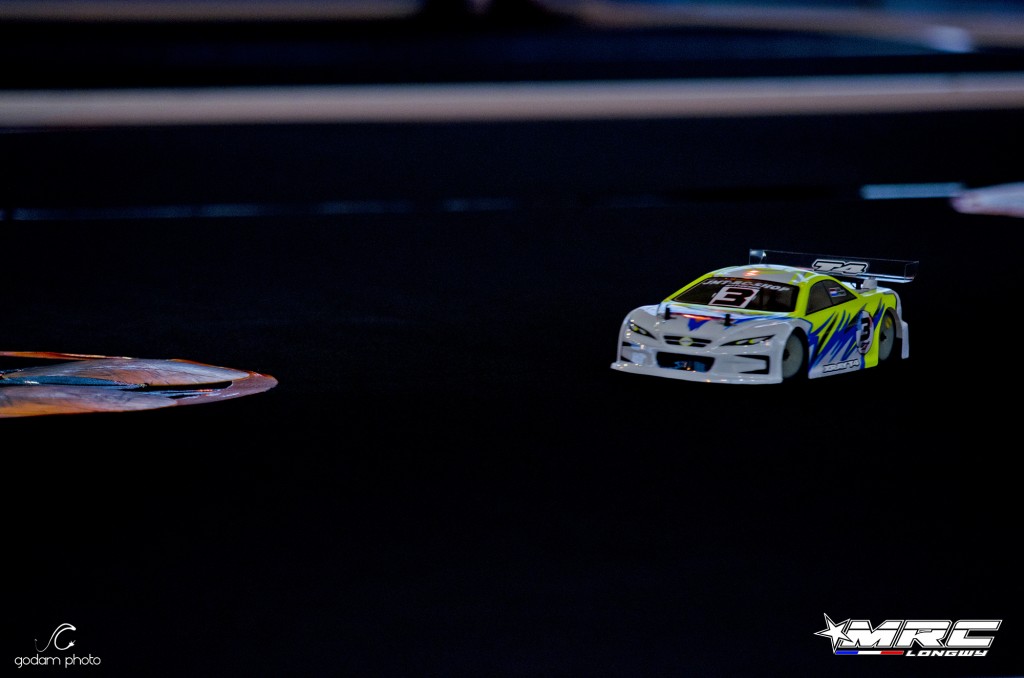 Steffen was quite happy with the pace of his car on the opening laps and said his gearing was a bit too long and he suffered from a drop of power on the last couple of laps. He plans to have a more conservative gearing on next run to get more consistant lap times.

Finishing third of the round, Manuel Wagner said that his car was quite good but he needs to improve his driving a bit and he should be close to the front. Enjoying the track layout, he is not planning any setup change for next round. 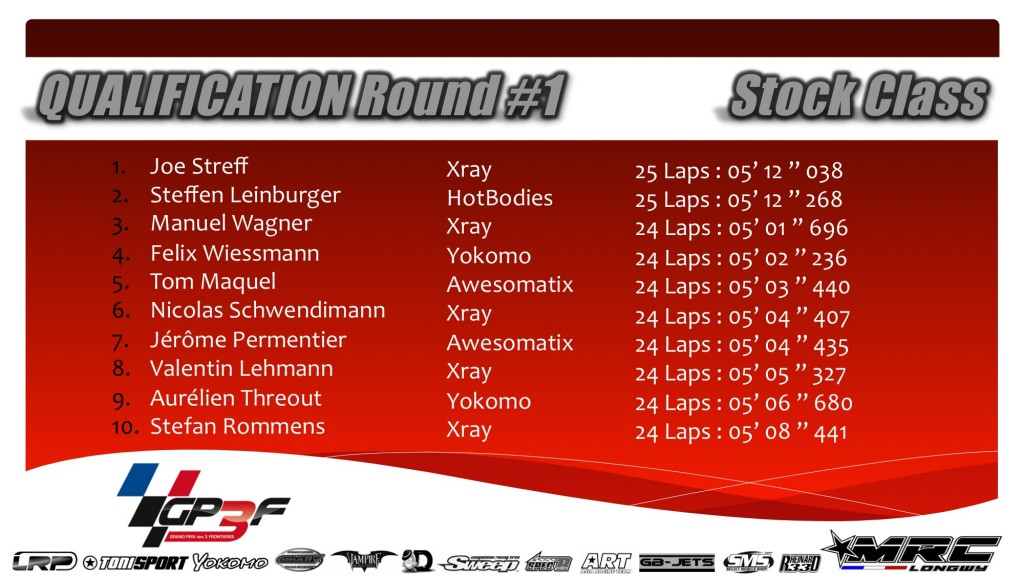 In modified class, it was not a big surprise to see Ronald Völker topping the time sheets. Describing his car as easy to drive, he just concentrate on having a clean run without mistake and it paid off. He don’t really know what to change on the car but he will make some adjustments to try to find more steering. 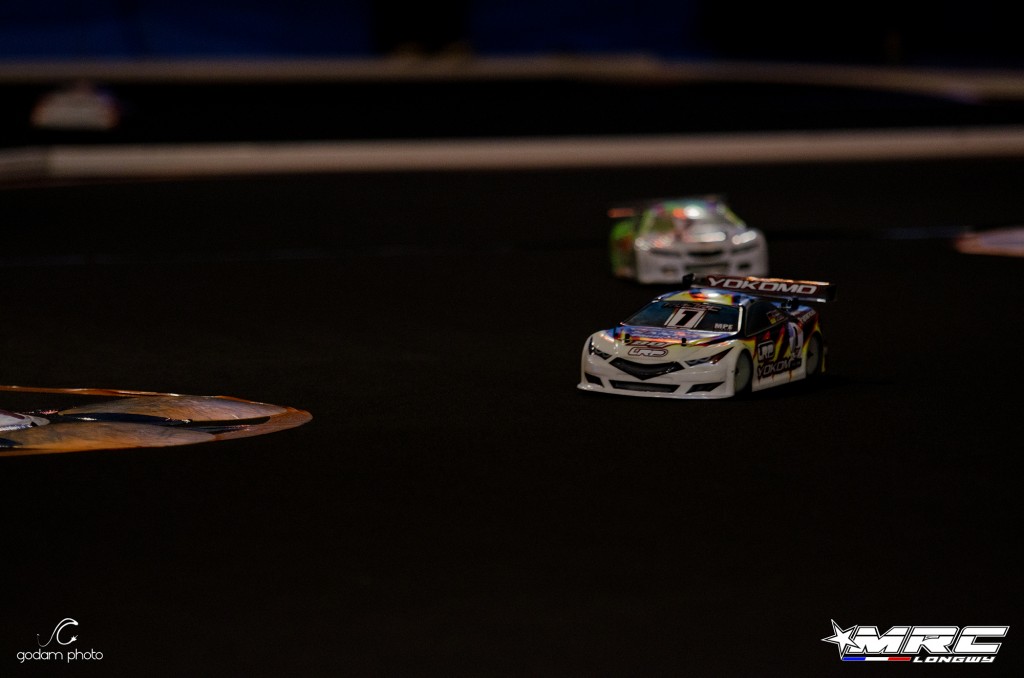 2nd of this 1st round was Lucas Urbain. The local hero said that a safe run allowed him to get a good result. Keeping the same setup as for the last practice run, he said as planned, new tyres give him an easier car to drive with more traction. Finishing 3rd of the 1st round of qualification, Marc Fisher said his pace was ok but not fast enough to match Ronald. He suffered from understeering after a C-hub screw came loose and made him lose  some time in the second part of the run. 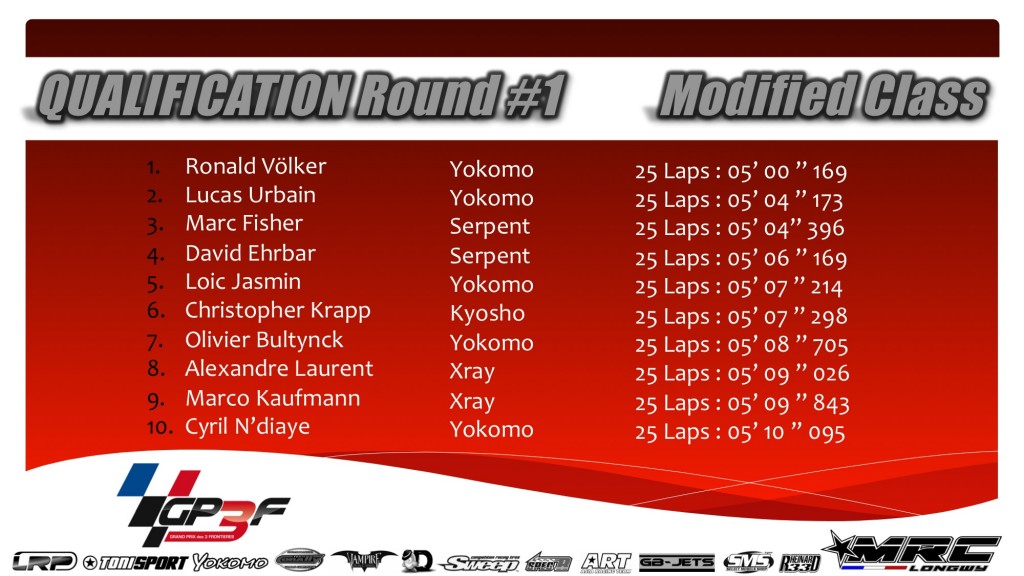 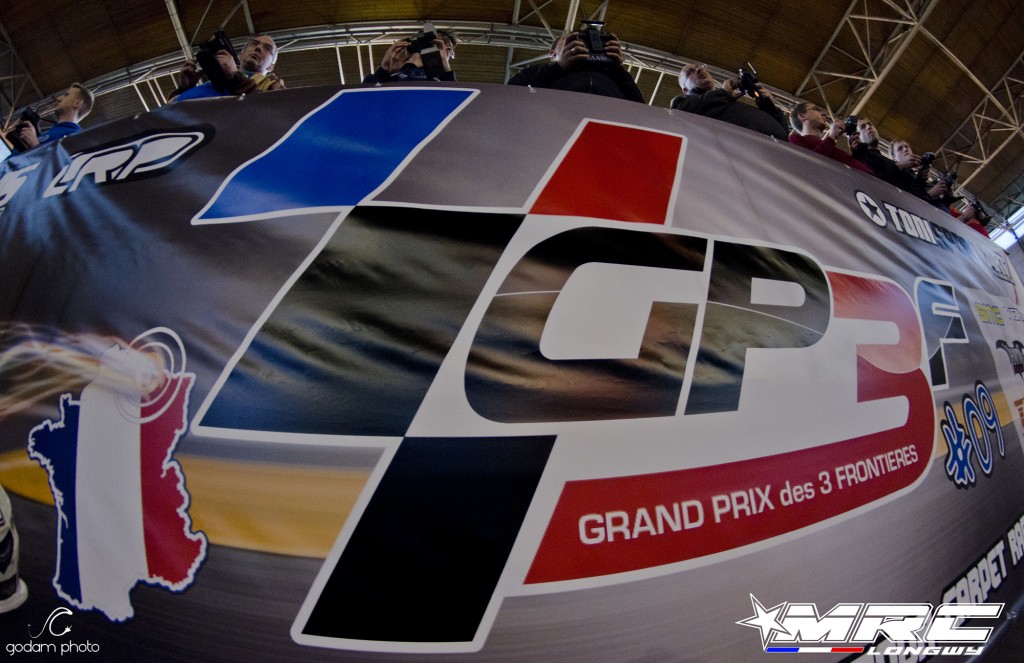 The GP3F 2012 has started and with 150 drivers on the starting line, back to back champions Ronald Volker and Joe Streff will have a lot to do to keep their titles for a 3rd consecutive year!!

Race started this morning with 4 timed practices on the flowing track. For the moment the race is very close with a lot of contenders in both categories. 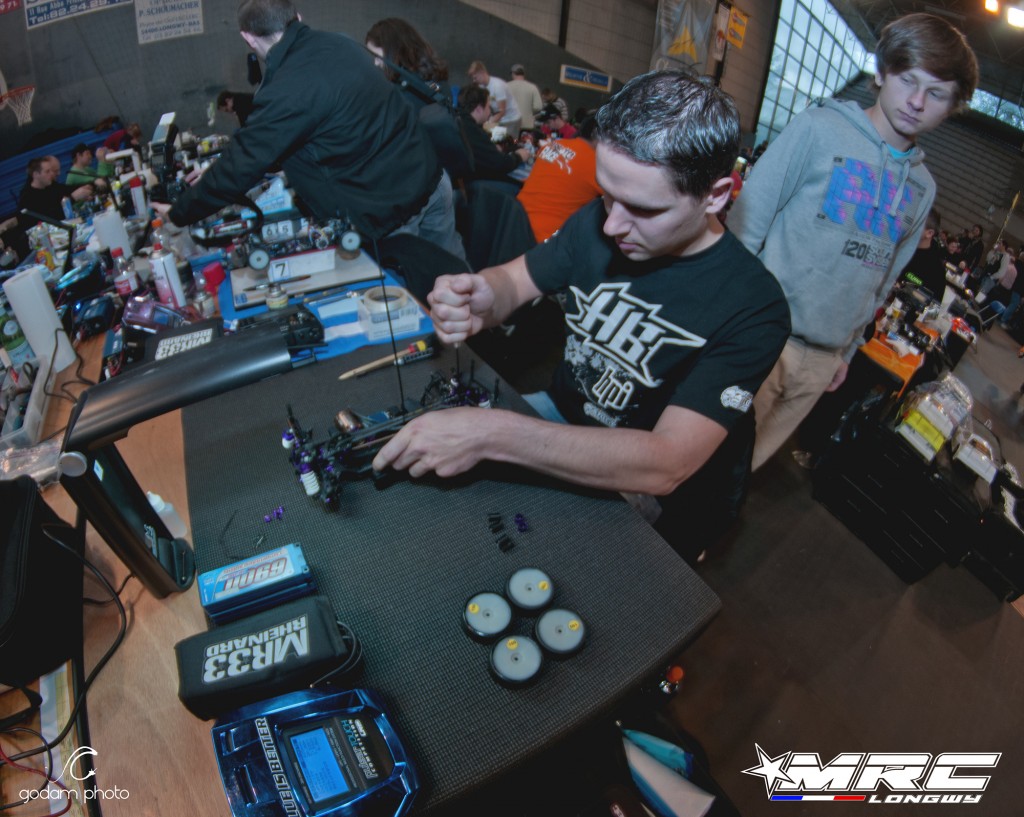 Describing his run as pretty good, Stephen Leinburger said he was struggling with understeering in the high flow corners and he is planning to test new spool outdrives for 1st qualification run.

In the modified class, reigning champion Ronald Volker set the pace during practice but the fight was really close with Marc Fisher and Yannick Pruemper. Making a big mistake in his opening lap, Ronald said the car was good and he have to focus on his driving for 1st qualy. 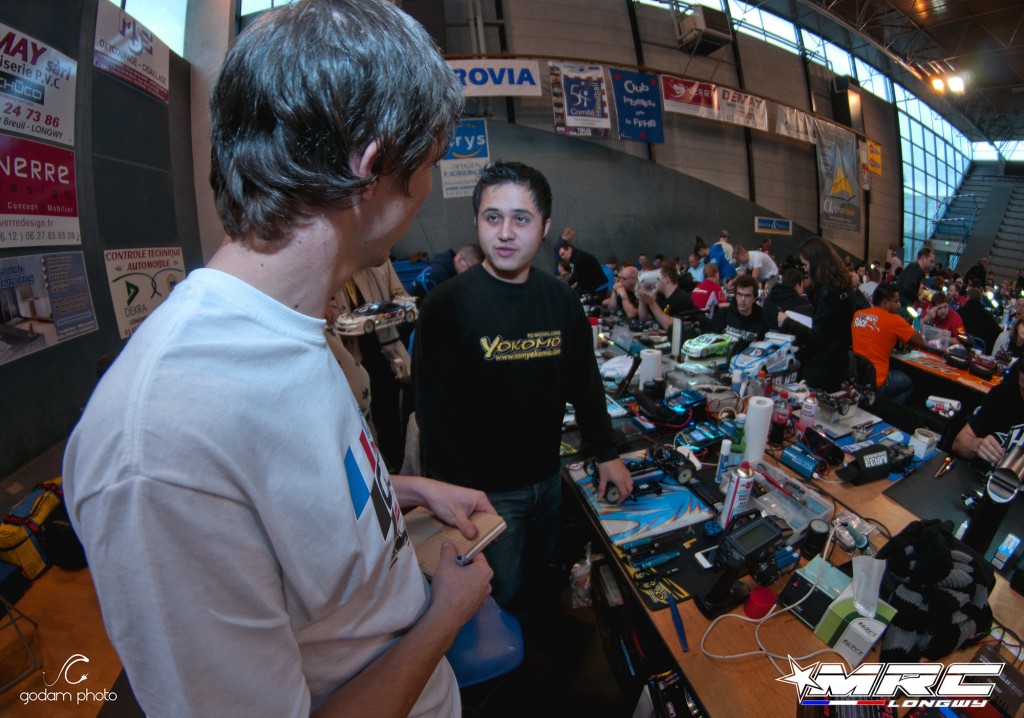 All results and live broadcast on MyRCM

Welcome for the 2012 Grand Prix des 3 Frontières! Race is now on the way with practice on the morning!

You can find all the results on MyRCM with live results and live cam!