2nd main are over and we have our back to back to back champion as Ronald Völker crossed the line in 1st position in modified class. 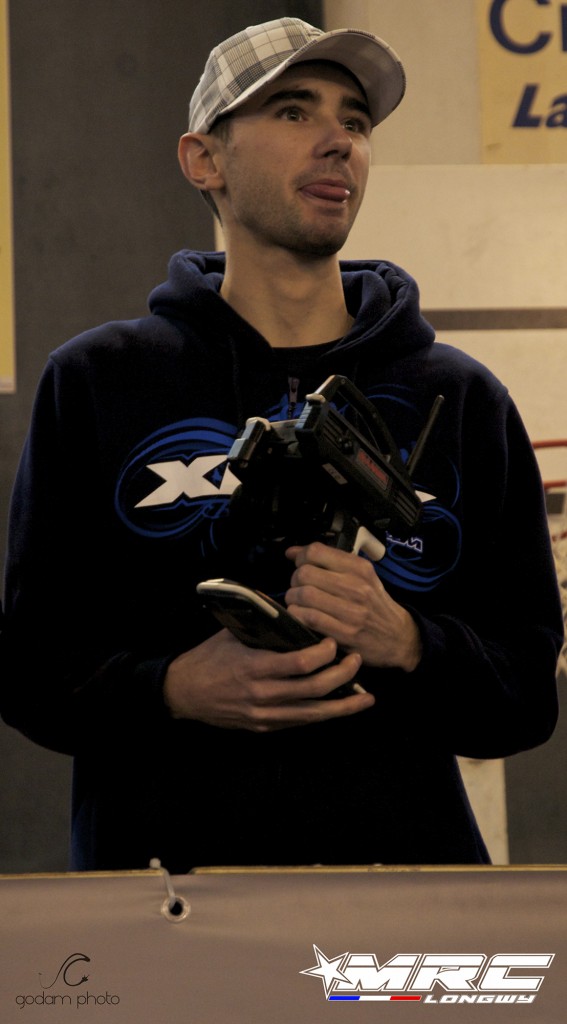 In the stock class, suspens has come to life as Steffen Leinburger suffered such bad luck in the last corner!! After taking a good start, he managed to build up a 3seconds gap in front of Manuel Wagner who get passed Joe Streff in the opening laps! With 3 seconds in the lead arriving in the last lap, Steffen had already one hand on the trophy but RC gods decided that he will have to wait till the 3rd leg. In the last corner of the last lap, Steffen was about to lap Felix and they made contact! Unfortunately, Steffen car’s was projected behind the barrier allowing Manuel to finish in front for 0.3s!!!

After having bad luck last year during the mains, Steffen will have one hour and a hald to unjinx himself!!

In modified, Ronald Völker retain his title after his win in the second leg but it had been more difficult than in the previous one. After leading the first minutes of the main easily, a small mistake allowed  Marc to come back right on his tail. Team Serpent driver tried to put pressure on him but Ronald stayed strong to cross the line in front of Marc. The jinxed driver of this main was Lucas Urbain who was comfortably in the 3rd position as a shock screw came loose and forced him to retire. The 3rd place battle then was between Loïc and Yannic who put a lot of pressure on Loïc and trying everything he could to pass him but in the end Loïc manage to keep 0.13s in front of him. 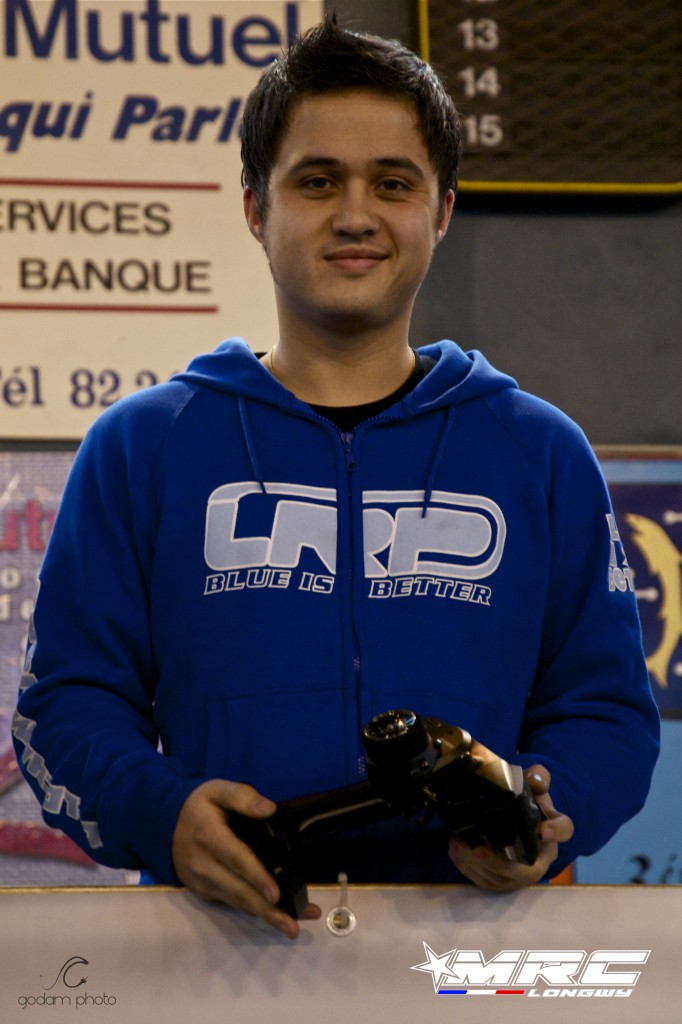 The race is still opened in the stock class and we are going to have a thrilling end with 3 remaining seats on the podium. In modified, Marc Fisher seems in pole for second place but local heroes Loïc Jasmin and Lucas Urbain had not given up and will try their best to get on the podium.