DASH FOR CASH: Yannick Pruemper and Nicolas Delisé rised the prizes over the champs’

After the 4th qualifier, tension rises as 16 drivers randomly selected were on the starting line to win the big prize of the night on a « race of champions » format. 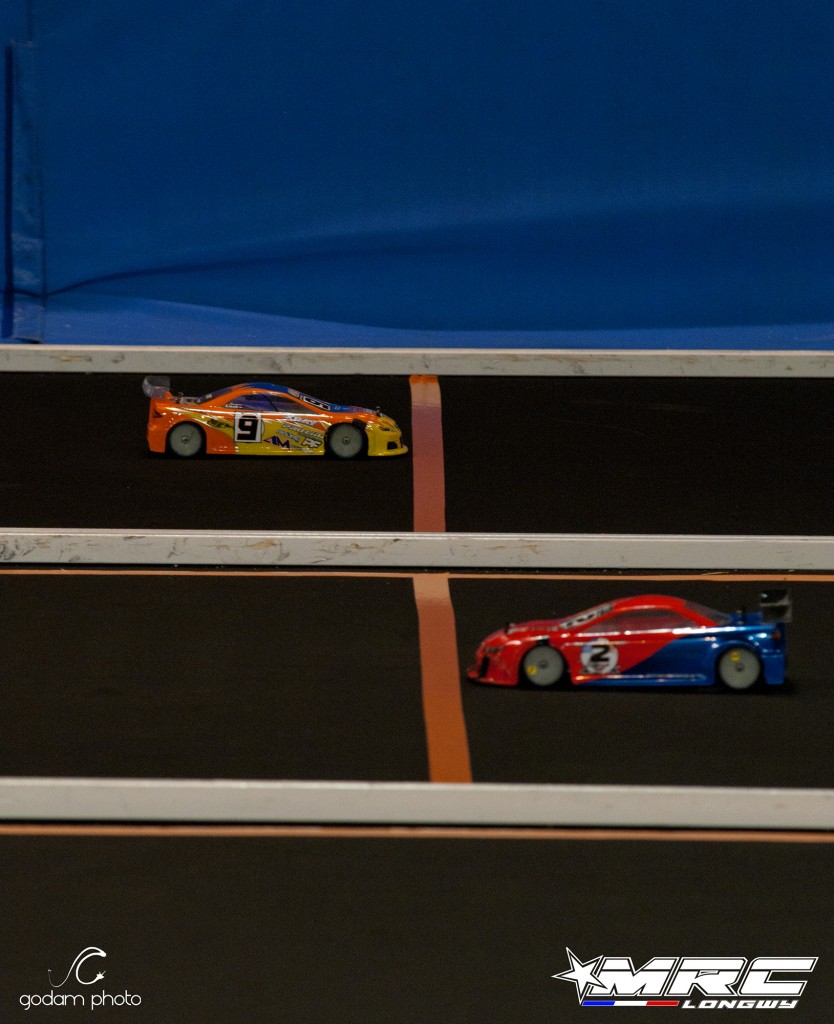 So 8 drivers in each category were to fight in elimination round in reverse way. Starting in quarter final, winners could progress to final stage to win a prize money of 100€. Both winners then were to fight champions of last year Ronald Volker and Joe Streff to win another 100€!!! 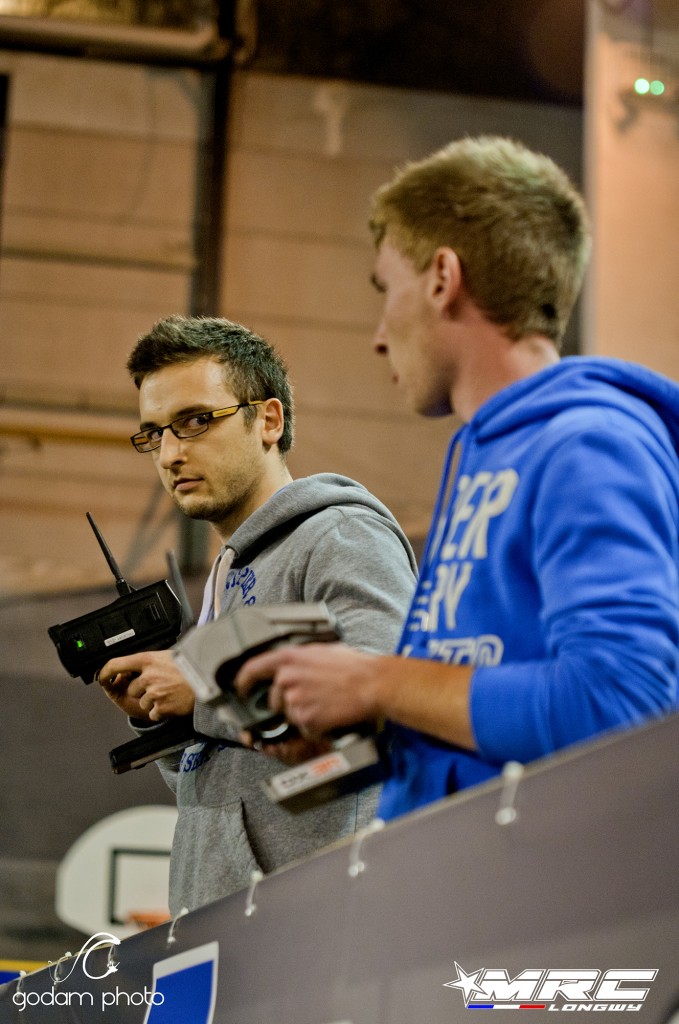 In stock class, it was cold blooded Nicolas Delisé who successfully defeated all contenders who was in the fight against Joe. 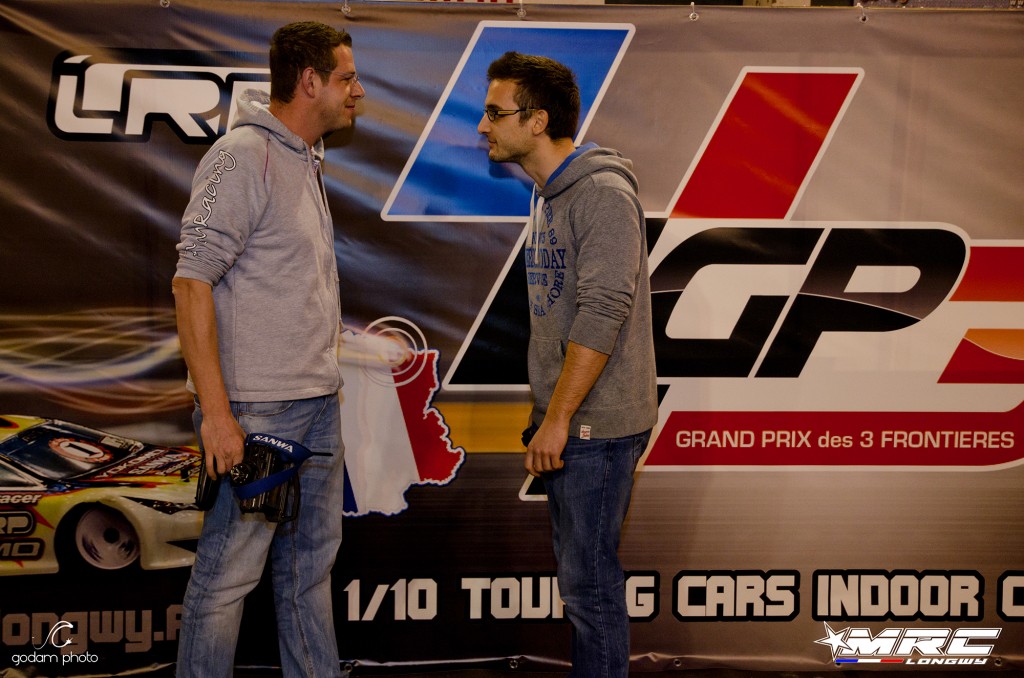 The reigning champion give everything to win the prize but Nicolas was on fire and after 2 very close round, he managed to double his prize!

In modified, RC racing gods decided to give us a very strong line up of contenders to get the chance to beat the champion with Ollie Bultynk, David Ehrbar, Freddy Südhoff and Yannic Prümper on the starting line. In the first big fight of the night, Ollie defeated David in what was an exciting race finishing just sooo close!!! 2nd big names fight was 2 semi-final with Yannic defeated Freddy to get his final ticket against Ollie. This 2 guys offered a nice show to get the big final spot and fight against Ronald!!

In the big final, Ronald took a bad start as he broke a C-hub after touching a barrier!! Thanks to fellow Yokomo driver Loïc Jasmin giving him his car, Ronald could start the second round, but Yannic was just on target to the prize and opened a gap in the first lap. Learning the track really fast, Ronald gave everything to come back but couldn’t make it and that was it!! 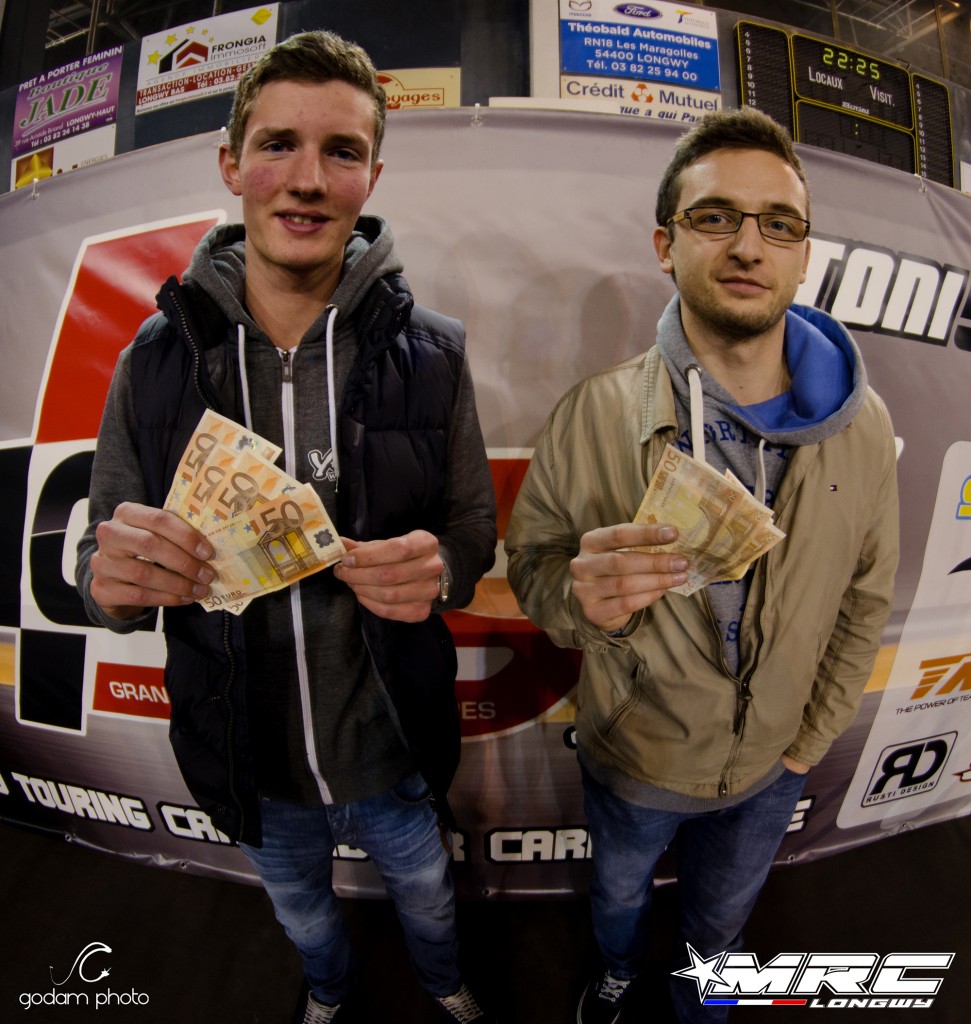 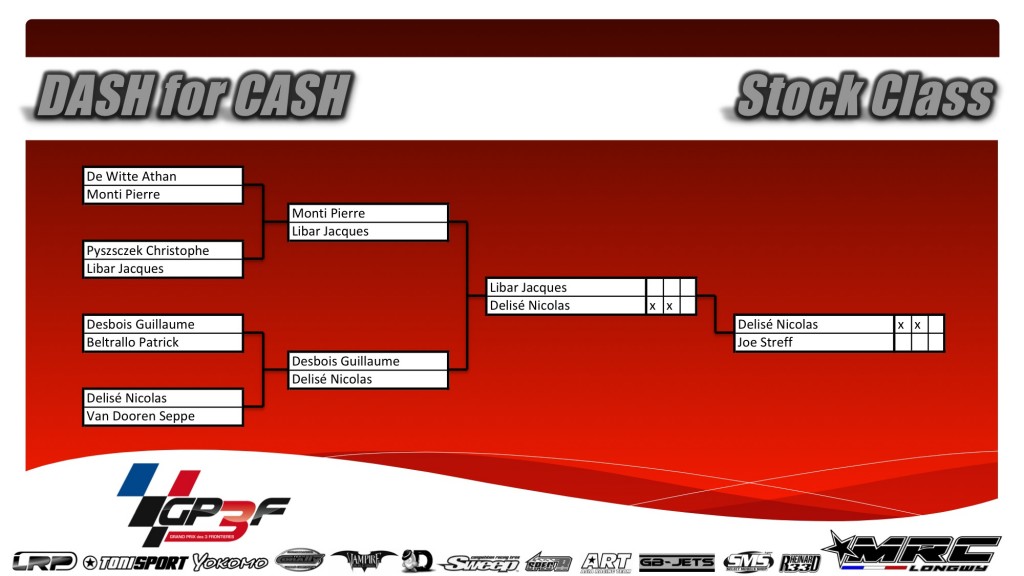 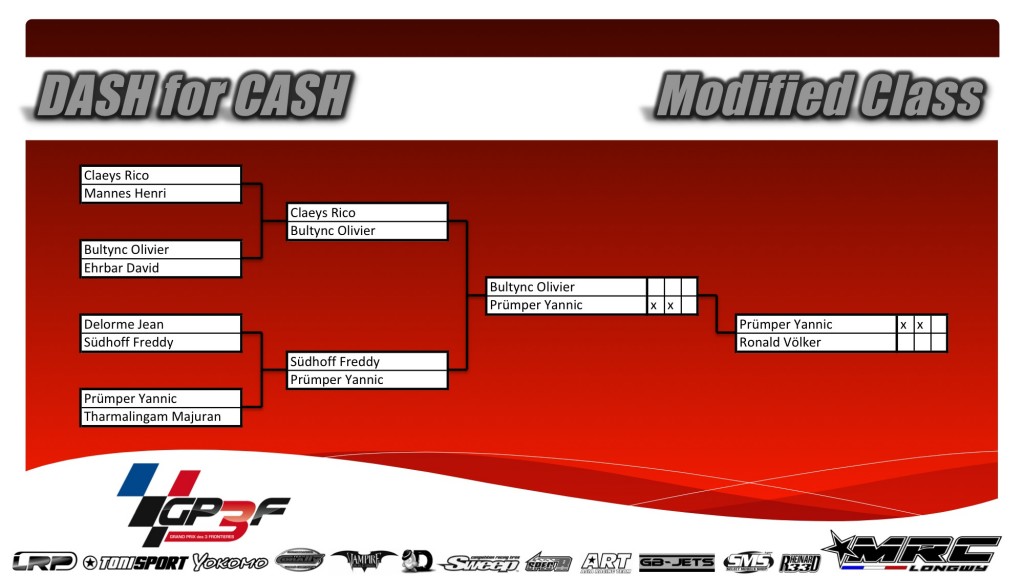