After the drama of the end of stock leg 2, the last main had to decide the winner of the stock GP3F. After 2 years of domination, the big question was to know if Joe would be able to retain his title.

At the start, Steffen and Joe had a great start and opened a gap on the rest of the field. Joe gave everything to put the maximum pressure on Steffen. But the mistake didn’t come and Steffen keep his nerves to win his first GP3F title! After the race Joe was happy to have had nice battle on the track. He said that Steffen deserved his win after his bad luck from last year. Taking the second spot on the podium was young star from MRC Longwy Manuel Wagner who made a very good race, being very close to Steffen. Last spot on the podium came to Tom Maquel who made strong mains with a second and a third place.

In modified, the last main has to decide who will get on the podium to join Ronald Volker. Three contenders were on the line with Marc Fisher taking two 2nd place on the previous legs and both MRC Longwy drivers Lucas Urbain and Loïc Jasmin having both a 3rd place. Only a win would have allowed him to take the second spot but Ronald gave no chance to anybody winning the last leg with 2 seconds over Marc Fisher. Lucas Urbain kept his 3rd place on the track to finish 3rd overall. After a very good race, he was really happy to be back on the top of field and hope a good 2013 years! 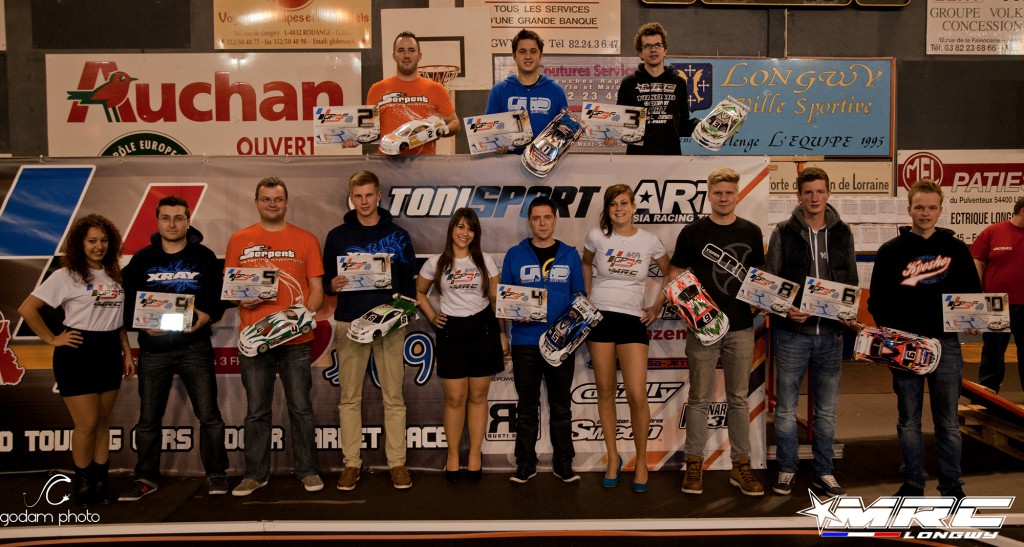 Thank you to all of you who have followed our live report. A lot of photos and videos will come soon!!